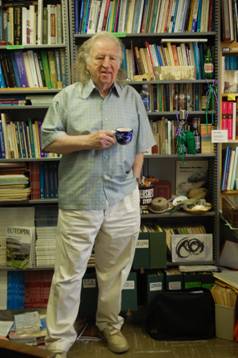 Professor Stake received his B.A. in Mathematics with a minor in naval science and Spanish from the University of Nebraska in 1950. He graduated with an M.A. in educational psychology in 1954 from this university. In 1958, he received his Ph.D. in psychology from Princeton University. From 1955 to 1958, he was a Psychometric Fellow at the Educational Testing Service. Then, an Associate Professor and Faculty Research Coordinator of the College of Education at the University of Nebraska at Lincoln. In 1963, he arrived at the University of Illinois at Urbana-Champaign where he assisted Thomas Hastings, Lee Cronbach, and Jack Easley in the creation of the new evaluation center, CIRCE, and in developing a program of research on program evaluation. He also became the Associate Director of the Statewide High School Testing Program. In 1975, he became director of CIRCE. He has been active in the program evaluation profession and has promoted an approach to evaluation methods called "responsive evaluation." He took up a qualitative perspective, particularly case study methods, in order to represent the personal experience and complexity of evaluation study. He received the Lazerfeld Award from the American Evaluation Association and an honorary doctorate from the University of Uppsala.
Standards-Based and Responsive Evaluation
The Art of Case Study Research