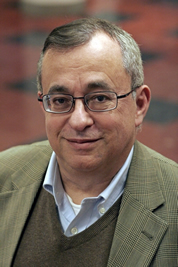 Dr. Herb Asher is professor emeritus of political science at The Ohio State University and counselor to the university president.  He previously served as special assistant to the university president for government relations and founding director of the John Glenn Institute for Public Service and Public Policy.  He is frequently called upon as an expert political analyst by local and national media.
Dr. Asher earned his degrees at Bucknell University (B.S. Mathematics) and the University of Michigan (M.A. & PH.D. in political science).

Polling and the Public
Causal Modeling