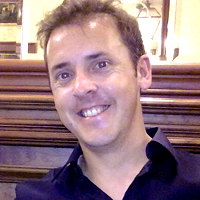 John Morrissey is a Senior Lecturer in Geography at National University of Ireland, Galway, with research interests in geopolitics, imperialism and international development. His current research is broadly concerned with the geopolitical scripting and political economy of contemporary US interventionism in the Middle East. He is the author of Negotiating Colonialism (RGS Historical Geography Research Series, 2003), co-author of Key Concepts in Historical Geography (Sage, 2014), and co-editor of Spatial Justice and the Irish Crisis (Royal Irish Academy, 2014). At NUI Galway, John is Associate Director of the Moore Institute for Humanities and Social Studies, Cluster Leader of the Geopolitics and Justice Research Group in Geography, and Programme Director of the MA in Environment, Society and Development. In 2011, he won the President's Award for Teaching Excellence at NUI Galway, and in 2012 he won the Irish National Academy Award for Research and Teaching Excellence. John's research has been supported by grants from the British Academy, Irish Research Council, National University of Ireland, NUI Galway Community Knowledge Initiative, and UCD Clinton Institute for American Studies. In 2013/2014, he was elected the Derek Brewer Quatercentenary Research Fellow at Emmanuel College, Cambridge and Visiting Fellow at Fitzwilliam College, Cambridge. His current research explores the interventionary practices of US national security interests in the Middle East, with particular reference to US Central Command (CENTCOM). This research builds upon a Government of Ireland Research Fellowship John held at the Center for Place, Culture and Politics at City University of New York in 2007 and 2008. He is currently writing a geopolitical history of CENTCOM for University of Georgia Press entitled The Long War.
Key Concepts in Historical Geography