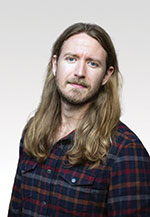 Ricky Robertson has had the privilege to work with students from pre-K to 12th grade who have persevered in the face of adversity and trauma. As a consultant and coach, he assists schools in developing trauma-informed systems of support and Restorative Practices that foster resilience and success for staff and students. He is the co-author, “Building Resilience in Students Impacted by Adverse Childhood Experiences: A Whole-Staff Approach.”  (CORWIN 2018).  Ricky delivers impactful, life-changing and school system-changing workshops through his consultant relationship with CORWIN, based on this timely and important new book.

Ricky first became acquainted with the work of John Hattie, Nancy Frey, & Doug Fisher in 2009, when he was teaching high school in one of New York City's most diverse school districts. He incorporated many of their strategies into his unique, relationship-based approach to teaching; as a result, students' passing rates on state math assessments improved from 55% to over 90%.

As an advocate for racial equity, Ricky created partnerships between schools, community organizations, and businesses to create learning and employment opportunities for under-served students in New York City. He was featured on PBS's American Graduate in 2013 as a result of this work. He has continued to assist school leadership teams in addressing bias and enhancing their culturally responsive teaching practices.

Ricky currently holds a teaching credential (K-12 Special Education) and Washington State school administrator certification. As a teacher, Behavior Specialist, and coach, he has worked in K-12 traditional and alternative schools. Ricky has helped schools develop and implement multi-tiered systems of support that have improved student behavior, academic performance, social-emotional well-being, and attendance. His deep respect for youth, especially those living with trauma, and the educators who serve them continue to inspire his work today.