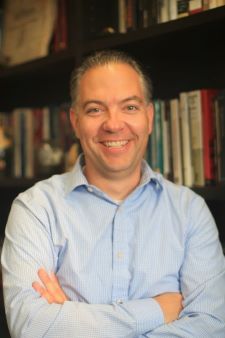 Timothy R. Johnson is Morse Alumni Distinguished Professor of Political Science and Law at the University of Minnesota, former co-editor of the Law and Society Review, and former chair (2016–2017) of the Law and Court’s Section of the American Political Science Association. He is the co-author of Oral Arguments and Coalition Formation on the U.S. Supreme Court, co-editor of A Good Quarrel: America’s Top Legal Reporters Share Stories from Inside the Supreme Court, author of Oral Arguments and Decision Making on the U.S. Supreme Court, and co-author of Religious Institutions and Minor Parties in the United States.

The National Science Foundation has supported five of his research projects. Beyond research, he teaches courses on constitutional law, civil liberties, judicial process, and American politics. He has won college-level and university wide teaching awards and, in 2018, was named a semi-finalist for the prestigious Robert F. Cherry Award for Great Teaching and won the American Political Science Association’s Distinguished Teaching Award.
The Logic of American Politics - Vantage Digital Option
The Logic of American Politics