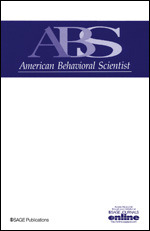 There are 1.3 million Palestinian Arab citizens of Israel, who encompass 19.4% of the country's total population. There are another 3, 762, 005 Palestinians in the West Bank and Gaza Strip whose educational experiences and opportunities continue to be affected by Israeli occupation. Researchers have documented institutionalized political, economic, and social discrimination, as well as the Palestinian minority's lower levels of income, educational opportunity, employment, property ownership, and community infrastructure and development.

The state-run educational system, which is subdivided into Jewish and Arab systems, has been essential in creating and maintaining these gaps.

The April 2006 issue of American Behavioral Scientist explores the role of Palestinian Arab education as a public policy tool and reviews key issues regarding how education shapes culture, individual and communal development, social stratification, economics, and politics in Israel and the occupied Palestinian Territories.

The challenging articles in this provocative issue examine a far-reaching array of contentious topics, including:

Whether one agrees or not with the controversial views expressed in this exceptional issue, these six articles highlight key educational issues that must be faced, debated, and grappled with in order to build the foundations of a lasting peace between Palestinians and Israelis

Reading the articles on Palestinian education both in the Palestinian Authority and within Israel in the ABS special issue, one can only reflect to what extent social science research is riddled with political agendas and how misplaced were the behaviorists in their belief that researchers could be objective. Ironically, the gap between objectivity and blatant political agendas is so vividly expressed, of all places, in American Behavioral Scientist, whose name is so intimately linked to the behavioral school and to the belief that the application of scientific method will result in objective research.

Irony gives way to amazement! In the four articles on Arab education and law in Israel, there is not one mention, let alone discussion, of how the wider conflict between Israel and the Palestinians, most Arab states, and Islamic populations (at least as how they perceive it), complicates relations between the State of Israel, the predominant Jewish community and the Arab minority in many facets of life, including education.

This omission is not surprising; painting Israel as an apartheid state, explicitly or implicitly, is one of the major objectives of Israel’s detractors. Apartheid was a system to deny Blacks the integration they sought with white fellow citizens –this was the central objective of the ANC. Israel faces an explicit ethno-national conflict with increasing religious overtones that complicate matters greatly. The Jewish majority is not quite sure whether Israel’s Arab citizens want succession and separation or worse from their point of view, seek to displace the Jewish people and the Jewish state altogether. The fears are even greater regarding the agenda of Palestinians living under the PA as the recent Hamas victory might indicate.

Biasness is not only reflected in the general tenor of these articles, but in the details as well. Abu-Saad’s treatment is a-historical, perhaps to deny the considerable progress in achieving equality in education; thus, he cites the 1953 law of education but only mentions the much more civic-oriented 2000 law, records that the assistant head of Arab education is a Jew, formerly of the General Security Services when this is no longer the case. All four of the senior positions in the Arab education department are held by Israeli Arab citizens and its head is often extremely critical of government policy.

None of the articles take into account that forty per cent of the education budget comes from Local Councils and even though State subventions to the councils have exceeded funding to predominantly Jewish localities in the past decades, Arab local councils collect only 25 per cent of the local tax receipts owing to them compared to over 50 per cent in even poor local councils with a Jewish majority. Poor tax collection means much less money to dispense on local education. This analysis and placement of blame on Arab local councils as well, appears continuously in the Arab press in Israel and should have made its way into the articles in the issue.

The two articles on Palestinian education in the PA are equally biased. Bruhn finds room in her conclusion to wonder off her topic to question the right of Israel to exist by enabling the return of Palestinian refugees to their forebears’ place of origin, but does not reflect on the paradoxical loss of relative autonomy of Palestinian universities as the came under the Palestinian Authority; if Israeli control was reflected occasionally by roadblocks outside the university before the establishment of the PA, the PA set up a special security force within Palestinian universities to monitor and suppress freedom of expression. This issue was frequently and valiantly addressed by Palestinian civil right organizations. Shalhoub-Kevorkian’s insistence of a separation wall in the title of the article is sufficient to query its objectivity. Over 300 kilometers of the barrier is a fence and 36 is a concrete wall. The fence is also not a fence of separation but ironically of incorporation – since some 36,000 Arabs who were formerly under PA jurisdiction are now de facto part of Israel.

Alas, ABS has contributed to opening a new front in the Israeli-Palestinian, Israeli-Arab conflict, when academic research should lead to greater understanding. Or perhaps that is

another illusion to be discarded along with the hope that social science research can be objective.

While the controversial issues relating to Palestinian education in Israel and the occupied territories are not unknown, they are vastly understudied.

ABS’s forthcoming special issue, "Contemporary Issues in Palestinian Education," aims to fill this gap by exploring how education serves in various ways as a tool of power, both liberating and subjugating. In so doing, the volume provides a case-study of Palestinians that can be applied to other minority groups, while at the same time linking the Palestinian case to broader feminist, civil rights, and human rights discourses.

Among the timely issues explored in this collection are: the important role of education and educational institutions in the formation of national identity, the fostering of national consensus, and nation-building; how schools and universities can provide safe-havens during times of crisis and protected arenas for self-expression and debate; how governments often co-opt education to serve their own ends rather than the community or the nation as a whole; and the overwhelming complexity of providing “equal” education in multicultural settings.

This thought-provoking collection should open the floor to serious discussion of these vital issues. ABS should be applauded for providing a forum for discussion and debate.

Students of the Palestinian-Israeli conflict, those concerned with Israeli or Palestinian domestic affairs, anyone addressing the issues of minority populations, policy advisers and others working in education should all be interested in this valuable collection.