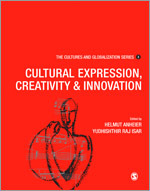 In the globalization 'game' there are no absolute winners and losers. Neither homogenisation nor diversity can capture its contradictory movement and character. The essays and papers collected here offer, from a variety of perspectives, a rich exploration of creativity and innovation, cultural expressions and globalization. This volume of essays, in all their diversity of contents and theoretical perspectives, demonstrates the rich value of this paradoxical, oxymoronic approach
Stuart Hall
Emeritus Professor of Sociology at the Open University

It is common experience that we cannot enter another culture as fully as we do our own is patent. It is especially the case if the other culture is marked powerfully by satu bangsar, satu agama, satu bahasa: one race, one religion, one language. These three pillars define a reality that suffuses and binds the life and contacts of individual, community and nation. In this sense, everything is culture which, moreover, creates and sustains a unique, all-encompassing identity that simultaneously consolidates us, as distinguished from them. Consequently - as we know only too well - difference is the first, most durable perception generated by cross-cultural contact. Thus, the mathematics governing the complexities of such contact is not arithmetic, not algebra but calculus and beyond. Even when we agree, there is still considerable room for disagreement and misperception. The mapping is open-ended. Moreover, the study of issues cannot be called development. It is more in the nature of a change, a shift, because there is no certainty of linear progress characteristic of the hard sciences. A corollary to this is that no cultural idea or practice is permanently out-of-date.

In these circumstances, the state of the discipline relies on empirical inputs from as many sources as possible, and approaches. Coverage is attentive to both theory as well as case studies, while remaining constantly mindful of that vast terrain that lies between the two. It is here that Cultures and Globalization is unique, is indispensable. Each volume is comprehensive, especially in the way it creates space for different ways of addressing issues and sub-issues, of how it extends area studies to include new geographies and therefore more representative of globalization. As contributors include practitioners, the insights are deeper and closer to the whole notion of creativity which is at the core of all cultures. This is an advantage that must not be overlooked. The three volumes Conflicts and Tensions, The

Cultural Economy and Cultural Expression, Creativity and Innovation have contributed much to redefine and extend the field. While each volume has its own unity, the editors have been able to plan succeeding volumes in the light of the impact their work has made. Volumes 4 (2010) and 5 (2011), for instance, will be devoted to "Heritage, Memory, Identity" and "Civil Society and Cultural Policy" respectively. The series is larger than any journal, yet each annual volume possesses the same updated-ness with the additional advantage of a coherent theme which most journals lack. The whole enterprise provides a most exciting self-updating series of studies dealing with every aspect of cultures in an age of expanding globalization. As the series expands, it will consolidate its position as a primary (if not the primary) source which the researcher, the teacher and the student will find difficult to do without. Professors Anheier and Isar deserve our gratitude for designing and putting together this mansion of ideas with its many levels and many doors and tremendous intellectual traffic that they and their contributors have generated
Edwin Thumboo
poet and Emeritus Professor at National University of Singapore

Globalization keeps announcing to us that we are, as humans, all the same, but regrettably, not yet equal. The truth of course is that we are all very different, but as humans, equal. The tensions that surround political and economic equality across the planet are in fact culturally grounded. Unfortunately, most cultural policies, like our globalized wars, are managed from above, from a position high in the air which thinks that a satellite image is "intelligence." In fact, in culture, in war, and in communities, the action is on the ground, and it is diversified and surprising. This volume is a satisfying taste of that surprise factor, and the simultaneous and contradictory realities that cry out for more sophisticated and more basic models of justice. Culture can feed a business for a magical moment, but it actually moves in ways that go right over the heads of politicians and businessmen. Culture is a very particular, moody, ecstatic, and unrelenting lover, who is demanding from us everything we are and might be. This collection of essays opens us insightfully into an experiential world of fluidity, morphing, transitions, and deep transformation, in which the big questions become more subtle, and the answers get harder, but become more miraculous
Peter Sellars
director of opera, theatre and film, and Professor of World Arts and Cultures at UCLA

Both critical summary and forward-looking anlysis, Cultures and

Globalization will be an invaluable resource for anyone concerned with the

cultural ramifications of globalization. The wide range of styles and inter-disciplinarity makes for an absorbing read. Those of us grappling with the theory, practice, policy and politics of culture - whether that's on a local, regional, national or international level - will recognise this collection of essays as an indispensable aid. Culture and cultural

expression are rapidly assuming more importance in the political arena, grabbing the attention of governments desparate to restore faith in the their ability to implement policies that will deliver better futures. At the same time culture is held responsible for reigniting old conflicts and

the tensions - in meaning and in arguments about the benefits of cultural and creative expression in the contemporary context thus becomes essential. This volume deepens our understanding of the complexities and contradictions of key terms such as 'creativity', 'cultural expression' and 'innovation' and comes at just the right moment
Professor Baroness Lola Young

I have recommended it to students in different classes, but not adopted it as whole.