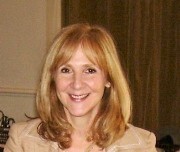 Celia B. Fisher, PhD, Director of the Fordham University Center for Ethics Education and Professor of Psychology, holds the Marie Ward Doty University Chair in Ethics and directs the NIDA funded HIV/Drug Abuse Prevention Research Ethics Institute. Dr. Fisher served as a member of the American Psychological Association’s (APA’s) Ethic Committee and later Chaired the APA Ethics Code Task Force responsible for the 2002 revision of the APA Ethical Principles of Psychologists and Code of Conduct that, with the addition of language on human rights amended in 2010 and 2017, is today’s current code. She has also Chaired the Ethics Code Revision Task Forces for the American Public Health Association and for the Society for Research in Child Development (SRCD). In addition, Dr. Fisher has served as Chair of the Environmental Protection Agency’s Human Subjects Research Board, the New York State Board for Licensure in Psychology, the National Task Force on Applied Developmental Science, and the SRCD Common Rule Task Force charged with representing the voice of developmental scientists during the revision of federal regulations governing the protection of human participants in research. Dr. Fisher has also contributed to the Institute of Medicine (IOM) Committee on Clinical Research Involving Children, the IOM Committee on Ethical Review and Oversight Issues in Research Involving Standard of Care Interventions, the National Academies’ Committee on Revisions to the Common Rule for the Protection of Human Subjects in Research in the Behavioral and Social Sciences, and the Department of Health and Human Services Secretary’s Advisory Committee on Human Research Protections (SACHRP), for which she cochaired the SACHRP Subcommittee on Research Involving Children. She served on the APA/SAMSHA Consensus Panel on Ending Conversion Therapy: Supporting and Affirming LGBTQ Youth, the Data Safety Monitoring Boards for the National Institute of Mental Health (NIMH) and for the National Institute for Drug Abuse (NIDA), and the External Advisory Board for the NIH Adolescent Brain and Cognitive Development Study. She also served as the founding director of the Fordham University Doctoral Program in Applied Developmental Psychology and as cofounding editor of the journal Applied Developmental Science. Dr. Fisher is the recipient of the 2010 Lifetime Achievement Award for Excellence in Human Research Protection and a Fellow of the American Association for the Advancement of Science.

Dr. Fisher has written commissioned papers on research ethics with mentally impaired and vulnerable populations for President Clinton’s National Bioethics Advisory Commission, for NIMH on points for consideration in the ethical conduct of suicide research and research involving children and adolescents, and for the National Institute on Drug Abuse (NIDA) on HIV education, treatment, and referrals for research participants. She cochaired the national conference on Research Ethics for Mental Health Science Involving Ethnic Minority Children and Youth (American Psychologist, December 2002), cosponsored by the APA and NIMH, and the first National Conference on Graduate Education in Applied Developmental Science (Journal of Applied Developmental Psychology, 1993).

Dr. Fisher has coedited 8 books and authored more than 300 scholarly chapters and empirical articles on professional and research ethics, with special emphasis on the rights of racial/ethnic minorities, sexual- and gender-minority youth, children and adults with impaired decision making, and socially marginalized populations within and outside the United States. With support from the National Institute for Child Health and Human Development (NICHD), she has studied how to assess and enhance the abilities of adults with developmental disabilities to consent to research and developed research ethics–training modules for American Indian and Native Alaskan community-engaged researchers. With funding from the National Science Foundation (NSF) and the National Institutes of Health (NIH), she developed widely used research ethics instructional materials for undergraduates, graduate students, senior scientists, and institutional review boards. With support from the NSF, NIDA, and the National Center for Research Resources (NCRR), she has partnered with culturally diverse community members and frontline researchers conducting community-based research to understand their perspectives on the ethics of adolescent risk research and research involving adults involved in street drug use and related HIV risk. With support from the National Institute of Neurological Disorders and Stroke (NINDS) and the Office of Research Integrity, she has developed and validated measures assessing mentoring behaviors and departmental climates nurturing the responsible conduct of research in psychology graduate programs. Her research on intervention programs to reduce college students’ drinking behaviors has been supported by the Department of Education and the National Institute on Alcohol Abuse and Alcoholism (NIAAA) and a recent grant from the National Institute for Minority Health Disparities grant examined ethical issues in HIV research involving sexual and gender minority youth. In response to the COVID-19 pandemic, Dr. Fisher conducted a large national study on the effects of Coronavirus victimization distress and Coronavirus racial bias on the mental health of AIAN, Asian, Black, and Latinx young adults.