Professor Withers' research and teaching interests centre on the historical geography of science and the Enlightenment, the historical geographies of print and exploration, and the history of cartography. He is the author or co-author of ten research monographs, and a further nine co-edited volumes, in addition to numerous scholarly articles and essays. His co-authored Scotland: Mapping the Nation (written with Chris Fleet and Margaret Wilkes), which was published in 2011 by Birlinn Press in association with the National Library of Scotland, was the Scottish Research Book of the Year in the Saltire Society Literary Awards for 2012.

His most recent book, co-authored with Innes Keighren and Bill Bell, is Travels into Print: Exploration, Writing, and Publishing with John Murray, 1773-1859'. This was published by the University of Chicago Press in May 2015. In 2015, he was appointed by Her Majesty Queen Elizabeth II and First Minister Nicola Sturgeon to the position of Geographer Royal for Scotland, the first person to hold this title as a personal honorific for 118 years. He is currently writing a historical geography of the Prime Meridian, a narrative for which we know the solution (‘Greenwich, from 1884’) but not the problem. 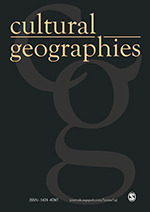