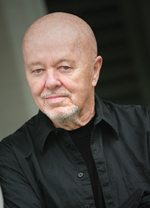 W. James Popham, professor emeritus at University of California Graduate School of Education and Information Studies, has spent the bulk of his educational career as a teacher. His first teaching assignment, for example, was in a small eastern Oregon high school where he taught English and social studies while serving as yearbook advisor, class sponsor, and unpaid tennis coach. That recompense meshed ideally with the quality of his coaching.

Most of Dr. Popham's teaching career took place at UCLA where, for nearly 30 years, he taught courses in instructional methods for prospective teachers as well as courses in evaluation and measurement for graduate students. At UCLA he won several distinguished teaching awards. In January 2000, he was recognized by UCLA Today as one of UCLA’s top 20 professors of the 20th century. (He notes that the 20th century was a full-length century, unlike the current abbreviated one.) In 1992, he took early retirement from UCLA upon learning that emeritus professors received free parking.

Because at UCLA he was acutely aware of the perishability of professors who failed to publish, he spent his non-teaching hours affixing words to paper. The result: 30 books, 200 journal articles, 50 research reports, and 175 papers presented before research societies. Although not noted in his official vita, while at UCLA he also authored 1,426 grocery lists.

His most recent books are Classroom Assessment: What Teachers Need to Know, 6th Ed. (2010) and Assessment for Educational Leaders (2006), Allyn & Bacon; The Truth About Testing (2001), Test Better, Teach Better (2003), Transformative Assessment (2008) and Instruction that Measures Up (2009) ASCD; America’s “Failing” Schools (2005) and Mastering Assessment (2006), Routledge; and Unlearned Lessons (2009) Harvard Education Press. He encourages purchase of these books because he regards their semi-annual royalties as psychologically reassuring.

In 1978, Dr. Popham was elected to the presidency of the American Educational Research Association (AERA). He was also the founding editor of Educational Evaluation and Policy Analysis, a quarterly journal published by AERA. A Fellow of the Association, he has attended each year's AERA meeting since his first in 1958. He is inordinately compulsive.

In 1968, Dr. Popham established IOX Assessment Associates, an R&D group that formerly created statewide student achievement tests for a dozen states. He has personally passed all of those tests, largely because of his unlimited access to the tests’ answer keys.

In 2002 the National Council on Measurement in Education presented him with its Award for Career Contributions to Educational Measurement. In 2006 he was awarded a Certificate of Recognition by the National Association of Test Directors. In 2009, he was appointed to be a board member of the National Assessment Governing Board. Dr. Popham’s complete 44-page, single-spaced vita can be requested. It is really dull reading. 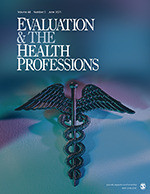