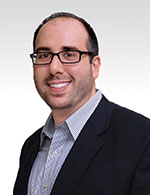 Adam Bellow is one of today's leading speakers on educational technology and infusing technology to aid school reformation. He is the founder of both eduTecher and eduClipper. In addition to these free resources, Adam launched the popular student-focused social charity campaign Change the World.

Bellow began his career teaching High School English for students with language-based learning disabilities. While going for his first master's degree, he was asked to teach the graduate level course for his peers on the value of Technology for the Special Education Classroom based on his clear passion for the subject. It was during this course that he created a resource for his students called eduTecher, which grew to become one of the most widely heralded and respected hubs to learn about free web tools for the K-12 landscape. eduTecher launched the first mobile applications for educational technology.

Bellow was honored by ISTE in 2010 as an emerging leader and then again in 2011 when he was named Outstanding Young Educator of the year.

Bellow has been a sought-after speaker in the education and educational technology circuit over the past few years because of his particular high-speed delivery which blends humor and rapid-fire visuals in a style that redefines slide-aided presentation. Among other conferences, he has keynoted/presented at ISTE, TEDxNYED, and #140edu.

Bellow is currently serving as CEO of eduClipper, the edtech startup that he founded in 2012. eduClipper is a free web tool focused on helping students and teachers find, share, and build valid learning experiences in a K-12 safe educational social platform. He is happily married and has two wonderful boys.

Adam Bellow and Steve Dembo are the authors of Untangling the Web: 20 Tools to Power Up Your Teaching and the hosts of the online community for the book which can be found at www.untanglingthewebcommunity.com