Among others, he has held fellowships from the American Council of Learned Societies, the Guggenheim Foundation, and the Shelby Cullom Davis Center for Historical Studies at Princeton University, and he has served as director of a National Endowment for the Humanities Summer Seminar on “Madness and Society.” From 1992 to 1993, he was president of the Society for the Social History of Medicine.

Scull’s work has been translated into Korean, Japanese, French, Spanish, Italian, and German. He has published more than 100 articles in leading journals in law, psychiatry, sociology, medical history, social history, neurology, and medicine. His many books include Decarceration (1977, 2nd ed. 1984); Museums of Madness: The Social Organization of Insanity in Nineteenth Century England (1979); The Most Solitary of Afflictions: Madness and Society in Britain, 1700–1900 (1993); Madhouse: A Tragic Tale of Megalomania and Modern Medicine (2005); and Hysteria (2009). 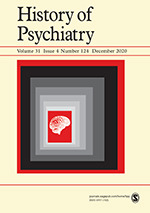