Bruce Bueno de Mesquita is Julius Silver Professor of Politics and Director of the Alexander Hamilton Center for Political Economy at New York University and a senior fellow at the Hoover Institution at Stanford University. He is an expert on international conflict, foreign policy formation, the peace process, and nation-building. He is the author of many books, including The Logic of Political Survival (with Alastair Smith, Randolph M. Siverson, and James D. Morrow); War and Reason (with David Lalman); Predicting Politics; The Strategy of Campaigning (with Kiron Skinner, Serhiy Kudelia, and Condoleezza Rice); and The War Trap. He is the Managing Partner of Mesquita & Roundell, LLC, a consultancy. In 2007 he won the DMZ Peace Prize for contributing to the advancement of peace on the Korean peninsula. He received the Lifetime Achievement Award from the Conflict Processes Section of the American Political Science Association and the Distinguished Scholar Award from the Foreign Policy section of the International Studies Association in 2008. He is a former Guggenheim Fellow, recipient of the Karl Deutsch Award, and a member of the American Academy of Arts and Sciences and the Council on Foreign Relations.
Principles of International Politics
Red Flag Over Hong Kong 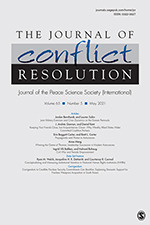