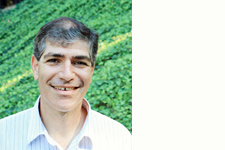 Daniel J. Tichenor is the Philip H. Knight Professor of Political Science and director of the Politics and Policy Program at the Wayne Morse Center for Law and Politics at the University of Oregon. He has published extensively on immigration politics and policy, the American presidency, civil liberties, interest groups, social movements, political parties, and U.S. political history. He is the author of Dividing Lines: The Politics of Immigration Control in America, which won the American Political Science Association’s Gladys M. Kammerer Award for the best book in American national policy. Other works include The Politics of International Migration and A History of the U.S. Political System, a three-volume set examining the development of American political thought, institutions, behavior, and public policy. He has been a Faculty Scholar at the Center for the Study of Democratic Politics at Princeton University, Research Fellow in Governmental Studies at the Brookings Institution, Abba P. Schwartz Fellow in Immigration and Refugee Policy at the John F. Kennedy Presidential Library, Research Scholar at the Eagleton Institute of Politics, a visiting scholar at Leipzig University, and a faculty associate at Princeton’s Center for Migration and Development and the Center for Comparative Immigration Studies at the University of California, San Diego.