Derek Robbins is Professor of International Social Theory in the School of Humanities and Social Sciences at the University of East London. He is the author of The Work of Pierre Bourdieu (1991) and of Bourdieu and Culture (2000); the editor of the 4-volume collection of articles on Bourdieu in the Sage Masters of Contemporary Social Thought series (2000) and of a 3-volume collection of articles on Lyotard in the same series (2004). His On Bourdieu, Education and Society was published by Bardwell Press in July, 2006, and he was the editor of the Special issue of Theory, Culture and Society on Bourdieu which was published as 23 (6) in November, 2006. In 2007-8 he was in receipt of an ESRC award to study the work of Jean-Claude Passeron, and he has written an introduction to a translation of Passeron's Le raisonnement sociologique which will be published in 2011 by Bardwell Press, Oxford, as Sociological Reasoning. As Directeur associé in the Ecole des Hautes Etudes en Sciences Sociales in Paris and Marseille in 2009-10 he gave courses on the comparative epistemology of the social sciences, and he is currently exploring the influence of Husserl on 20th Century French social theory, particularly in relation to the development of the thought of Lyotard and Bourdieu.
Cultural Relativism and International Politics
French Post-War Social Theory
J. F. Lyotard
Pierre Bourdieu
Bourdieu and Culture 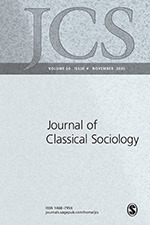