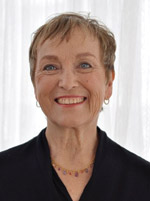 Dorothy M. Steele, Ed.D. is the former Executive Director of the Center for Comparative Studies in Race and Ethnicity at Stanford University. She is an early childhood educator who is interested in public schools including teaching practices that are effective for diverse classrooms, alternative assessment processes that inform teaching and learning, and strategies that build inclusive communities of learners in schools. Her work with the Stanford Integrated Schools Project was an attempt to look at these various aspects of schooling in a large urban school district.
Dr. Steele began her work with teachers and children in 1968 in Columbus, OH as the Director/Teacher of one of the city’s first Head Start Programs. During the 1970’s, she served as the Curriculum Coordinator for the City of Seattle’s Children’s Programs, an early childhood teacher educator, a parent educator, and, for eight years, the director of a large, university-based child care center.
In 1987, Dr. Steele began her doctoral work in early childhood education and, with her advisor, developed an alternative assessment process for early childhood education, the Work Sampling System that is being used throughout the world. Her dissertation explored the negative impact of standardized tests on Kindergarten teachers’ educational decisions for their students.
Dorothy Steele received her AB degree in music from Hiram College, Hiram, OH in 1967; the MA in Early Childhood Education from the Ohio State University in 1971; and an Ed.D. in Early Childhood Education from the University of Michigan in 1994.
She lives in Stanford, CA with her husband, Claude M. Steele. Their family includes a son and daughter and their spouses and two energetic and loving preschool-aged boys who make life ever more sweet.
Identity Safe Classrooms, Grades K-5