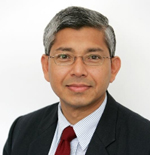 Hafiz T. A. Khan is Professor of Public Health at the University of West London. He is also an Associate Research Fellow in Demography at the Oxford Institute of Population Ageing, The University of Oxford, UK. Professor Khan trained as a statistician at the University of Chittagong and later as a statistical demographer at several institutions: Edinburgh Napier University in the UK, the International Institute for Applied Systems Analysis (IIASA) in Austria, the National University of Singapore, the University of Oxford, Middlesex University London, and lastly at Birmingham City University in the UK. His principal research interests lie in the broader areas of population and development including population ageing and its consequences, poverty and vulnerability, micro-finance; development issues, reproductive health and family planning in developing countries. He has written extensively in population-related issues and has over 100 academic publications including books, book chapters and journals.