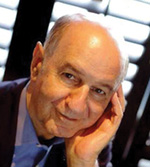 Harold Evensky is chairman of Evensky & Katz/Foldes Financial. Prior to forming his own company, he served as a vice president of investments with major investment banking firms. Mr Evensky received his bachelor’s and master’s degrees from Cornell University.

He is the past chair of the International CFP® Council, the CFP® Board of Governors, the Board of  Examiners, and the Board of Appeals. He is the research columnist for the Journal of Financial Planning. He has also served on the National Board of the IAFP, the Charles Schwab Institutional Advisory Board and Council, and as chair of the TIAA-CREF Institute Advisor Advisory Board. He is a member of the Financial Planning Association, the Academy of Financial Services, the CFA Institute, and is an associate member of the American Bar Association, and the American Institute of CPAs.

In 2002, his paper entitled, “Changing Equity Premium Implications for Wealth Management Portfolio Design and Implementation,” was selected as the winner of the Journal of Financial Planning, Planning Techniques and Methods, “Call for Papers” competition. In 1999, 2000, and 2001, he was named by Accounting Today as one the professions most influential people. In 1999, he was awarded the Dow Jones Investment Advisor Portfolio Management Award for Lifetime Achievement. In 2001 he was listed by Financial Planning Magazine as one of five “Movers, Shakers and Decision Makers, The Most Influential People in the Financial Planning Profession” and he was named one of the “25 Power Elite” in the financial services industry by Investment News. In 2006, he received the Skip Viragh Award for Industry Excellence; in 2014 the Insider’s Forum Leadership Award and the Investment Advisor’s IA 25, the 25 Most Influential People in Financial Planning; in 2015 the IA 35 for 35 “leaders who have stood out over the past 35 years and will influence financial services for decades to come.” Mr Evensky has participated as an arbitrator for the American Arbitration Association (AAA) and the National Association of Security Dealers (NASD). He has been a principal in his own broker–dealer firm and held NASD General Securities Principal and Municipal Securities Principal licenses.

Mr Evensky is an internationally recognized speaker on investment and financial planning issues. In addition, he has written for and is quoted frequently in the national press, and is the co-author of The New Wealth Management, Wealth Management, Hello Harold, self-published and co-editor of The Investment Think Tank, Theory, Strategy, and Practice for Advisers (Bloomberg), and Retirement Income Redesigned—Master Plans for Distribution (Bloomberg).