Harvey W. Kushner (Ph.D., New York University) is Professor and Chair of the Department of Criminal Justice at Long Island University. An internationally recognized authority on terrorism, Kushner has shared his expertise with government agencies, including the FBI, Federal Aviation Administration, Immigration and Naturalization Service, and U.S. Customs. He also worked for the U.S. Probation Department as an analyst for criminal investigations, intelligence, and terrorism. He has advised and lectured on matters of international terrorism at the Naval War College, the FBI Academy, the FBI’s Behavioral Science Unit, and the United Nations in Vienna, Austria, among others. Kushner has experience with a variety of high-profile court cases involving international terrorism, including those involving the World Trade Center attacks. After the September 11, 2001, attacks on the United States, Kushner was asked to testify on terrorism and safety in New York City’s public spaces before the Committee of Public Safety of the Council of the City of New York. He was invited by 9/11 Commission to participate in a VIP-briefing before the release of its final report, and he appeared as a terrorism expert before the DHS’s Homeland Security Advisory Council. A variety of publications, including the New York Times, have called Kushner the “go-to-expert” for plain talk about the subject of terrorism. He can be seen regularly on CNN, the Fox News Channel, and MSNBC and in articles in the Associated Press, the Washington Post, and the New York Times. A widely published and best-selling author, Kushner’s work includes Holy War on the Home Front: The Secret Islamic Terror Network in the United States and the Encyclopedia of Terrorism, considered the gold-standard of terrorism reference works. As a member of the working press, Kushner is an associate editor for the Airport Press and writes a column about aviation security. Dr. Kushner’s career as a college administrator and professor spans more than three decades.
Encyclopedia of Terrorism
The Future of Terrorism 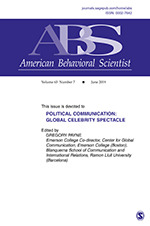