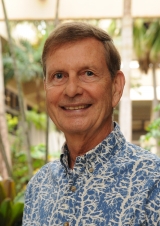 James H. Pietsch joined the law school after first having served on active duty in the US Army Medical Service Corps and the Judge Advocate General’s Corps and subsequently serving as the directing attorney of the Honolulu Elder Law Unit of the Legal Aid Society of Hawai'i. At the law school he teaches Law, Aging and Medicine, Elder Law Clinic, Advanced Elder Law Clinic, and Health Law: Bioethics. He also holds a joint appointment at the John A. Burns School of Medicine where he specializes in issues at the intersection of law, aging, medicine, bioethics and psychiatry. Professor Pietsch serves as the law school Pro Bono faculty advisor, and supervises the University of Hawai'i Elder Law Program (UHELP). UHELP provides year-round direct legal services at the law school to socially and economically needy older persons. Professor Pietsch is a recipient of the Paul Lichterman Award for outstanding achievement in the advancement of legal services for older persons. In 2007 Professor Pietsch volunteered to serve as a Special Advisor to the Law and Order Task Force of the Multi-National Force-Iraq and subsequently served as a Rule of Law Advisor to the U.S. Embassy Baghdad Provincial Reconstruction Team and Kurdistan Regional Reconstruction Team in Iraq. More recently he served as a consultant for a US Pacific Command Rule of Law project in Timor Leste and a USAID-sponsored Access to Justice project back in Iraq. His Rule of Law work continues in Hawai'i as the faculty adviser to the law school’s Hammurabi Legal Forum.
Cultural Issues in End-of-Life Decision Making