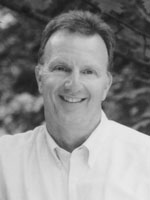 John Beattie earned his doctorate from the University of Florida in 1981. Following a period during which he taught in the Alachua County (FL) public schools, he joined the faculty at the University of Missouri- St. Louis in 1982. The following year a position became available at the University of North Carolina Charlotte and he began his tenure at UNCC at that time. He has been at UNCC since 1983. He teaches classes, conducts research, speaks at local, state, national, and international professional conferences, provides in-service training, and consults with schools in the areas of learning disabilities, ADHD, inclusion, math, and study skills. He has served as a Field Editor for Exceptional Children, and is currently serving a similar role for Teacher Education and Special Education.
Making Inclusion Work