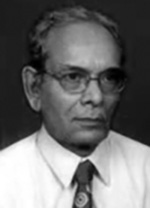 Satyabrata Rai Chowdhuri, PhD, DLitt (1935–2016), was a renowned political scientist of his times, specializing in South Asian politics and international relations. He taught at various government colleges in West Bengal early in his career before joining Rabindra Bharati University in Kolkata where he held a long stint as a Professor and the Head of the Department of Political Science. In 2000, the University Grants Commission conferred on him the Emeritus Fellowship.

Professor Rai Chowdhuri also lectured on Indian politics at the University of Oxford and was a Senior Fellow in International Relations at the Institute of Commonwealth Studies, University of London. In 2006, he was elected a Fellow of the Royal Asiatic Society of Great Britain and Ireland. A prolific writer, he was a commentator and columnist on South Asian politics with several esteemed publications across the globe. His other recent book is Nuclear Politics: Towards a Safer World.