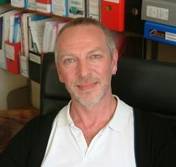 Marcus Banks is Professor of Visual Anthropoloigy at the University of Oxford. Having completed a doctorate in social anthropology at the University of Cambridge, with a study of Jain people in England and India, he trained as an ethnographic documentary filmmaker at the National Film and Television School, Beaconsfield, UK.

He has published on documentary film forms and film practice in colonial India, and is currently conducting research on image production and use in forensic science practice.