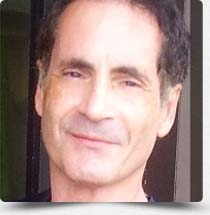 Mike Abrams, Ph.D., ABPP is a practicing psychologist with 30 years experience. He is a board certified Diplomate of the American Board of Professional Psychology, a Supervisor, Fellow and Diplomate of the Albert Ellis Institute. He is on the graduate psychology faculty of New York University where he has taught graduate courses in sexuality and psychotherapy.  His work on sex related issues began with his work at GMHC with people with AIDS; he was the first non-gay psychologist to volunteer to do such work in the mid 1980’s.  He spebt nearly 4 years helping, pro-bono, afflicted individuals along with their lovers and families.

Dr. Abrams studied under, and for 17 years collaborated with, the prolific author and founder of sex therapy, Dr. Albert Ellis, who is also the founder of cognitive behavior therapy. Dr. Abrams is credited with extending Dr. Ellis' theory of human personality and his methods of sex therapy. He had worked closely with Dr. Ellis in extending Ellis’ model of human sexuality to include current evolutionary psychology. Dr. Abrams also studied psychoanalysis with Robert Langs, MD.  He holds three graduate degrees in psychology, a Masters degree in business administration, a degree in educational administration and an advanced certificate in quantitative methods.  His current research includes the role of childhood sexual abuse in adult pathology, and the role of the Internet in changing sexual mores. He has published numerous journal articles on topics ranging from sexual problems to the cognitive foundations of psychoanalysis.

In addition to his writing and teaching, Dr. Abrams practices clinical psychology with his wife of 25 years Dr. Lidia Abrams.  His practice centers on relationship, sexual, mood, and personality problems. He estimates that he has worked with more than 1100 people experiencing problems with sex or intimacy.  More recently, Dr. Abrams has received commendations from the Governor of New Jersey, the Hudson County Executive, and the Mayor of Jersey City for his work with chronically ill, indigent, and disabled persons.  Prior to his professional work in psychology, Dr. Abrams earned an MBA degree and worked in organizations such as the New York Stock Exchange, Merrill Lynch, and Citigroup, where he typically performed analytical and research projects. He has also consulted to numerous organizations and governmental agencies.

Sexuality and Its Disorders
Personality Theories