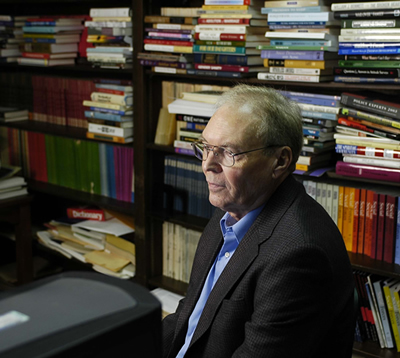 Norval D. Glenn, Professor Emeritus of Sociology, who taught for 47 years at The University of Texas at Austin, died February 15, 2011, after a two-year battle with myelodysplastic syndrome, a form of blood cancer. He was 77 years old. He was a valued friend and colleague.

Norval D. Glenn is the Ashbel Smith Professor in Sociology and Stiles Professor in American Studies at the University of Texas at Austin. His main research interests relate to aging and the life course, and family relations in modern societies. He is a former editor of Contemporary Sociology and the Journal of Family Issues, and he has served on the editorial boards of such journals as the American Sociological Review, Public Opinion Quarterly, Journal of Marriage and Family, Demography, and Social Science Research.

His recent publications deal with such topics as the dissemination of social science findings to policy makers and the general public, changes in the institutional mechanisms of mate selection, and the relationship of age at marriage to marital success.