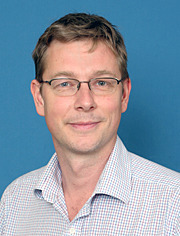 Phil Macnaghten is a human geographer with broad interests in the governance of science and technology, responsible innovation, the sociology of the environment, deliberative methodology and discourse analysis. His early research focused on the cultural dimensions of environmental policy and their intersection with everyday practice. He developed a form of engaged scholarship, combining conceptual work with critical policy development in the domains of rural policy, sustainability policy, technology policy, forestry policy and environmental behaviour change. This work has been taken forward in recent years through an Institute of Advanced Studies project: 'New storylines for living with environmental change: citizens’ perspectives' (2011 - 2012). More recently, Phil has worked on the governance of emerging technology and societal engagement. This includes the ESRC study on nanotechnology and upstream public engagement (2004 - 2006), and the European DEEPEN project (Deepening Ethical Engagement and Participation in Emerging Technologies) (2006 - 2009). The DEEPEN project constituted Europe's leading consortium on the ethical dimensions of emerging nanotechnologies and their implications for civil society, governance and scientific practice. The research contributed to the philosophy that underpins two European initiatives: (1) the European Code of Conduct for Responsible Nanosciences and Nanotechnologies Research Initiative and its emphasis on responsible development and anticipatory governance; and (2) the Responsible Research and Innovation Initiative and its emphasis on embedding broader societal goals into the practice of science itself. The research further contributed to UK national policy initiatives on synthetic biology, geoengineering and responsible innovation. This work has led to an on-going research project for the UK research councils designing a 'draft framework for responsible innovation'. Phil was Founding Director of the Institute of Hazard, Risk and Resilience (IHRR) (2006 - 2008), a Demos Associate (2004 - 2008), a Visiting Professor at the Federal University of Santa Catarina in Brazil (2009), a Fellow of the Royal Society of Arts (2008 - ), a member of the UK’s EPSRC’s Societal Issues Panel (2010 - 2011), a member of EPSRC’s Strategic Advisory Network (2011 - ) and chair of the Stagegate panel of the RCUK-funded Stratospheric Particle Injection for Climate Engineering (SPICE) project. He has recently co-authored (with Richard Owen) a comment piece for Nature, 'Good governance for geoengineering'.
Bodies of Nature
Contested Natures