Scott McQuire completed his PhD in the Politics Department at the University of Melbourne in 1995. He has a strong interest in interdisciplinary research and has lectured in disciplines including politics, sociology, cinema studies, art and architecture, and media and communication. Scott has held a number of research fellowships including a visiting fellowship at the Department of Film, Theatre and Television, UCLA (1998), an ARC Australian Postdoctoral Fellowship (1999-2000), and a visiting fellowship at the Celeste Bartos International Film Study Center, Museum of Modern Art, New York (2000). He returned to the University of Melbourne to help establish the Media and Communication Programme in 2001. He is an active researcher who has been a Chief Investigator on six Australian Research Council funded projects. He has also received funding from the Australia Council for the Arts, and has undertaken research consultancies for the Communications Law Centre, the Australian Film Commission and the Australian Key Centre for Media and Cultural Policy.
The Media City
Visions of Modernity 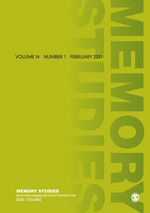