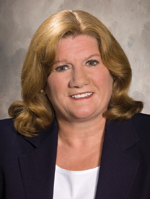 Sheila Eller has worked in a multitude of educational settings during her career. In addition to her current position as a principal in the Fairfax County Virginia Public Schools, she has served as a middle school principal in the Moundsview Minnesota School District, as a principal in other schools in Minnesota and Illinois, as a university professor, as a Special Education Teacher, a Title I Math Teacher, and a self-contained classroom teacher in grades 1-4. Sheila has also been a member of the Executive Board of Minnesota ASCD and has been a regional president of the Minnesota Association of Elementary School Principals. She has advanced coursework in educational administration and supervision from St. Cloud State University, her Master’s Degree from Creighton University in Omaha, Nebraska, and a Bachelors Degree from Iowa State University.

Sheila is a regular presenter at the ASCD National Conventions sharing her expertise on the topic of effective staff meetings and multiage instruction. While she served as a professor at National-Louis University in Evanston Illinois, she worked on the development team for a classroom mathematics series that was adopted by several districts in the region. Her classroom and instructional techniques were featured on a video that was produced as a complement to this series. She works with educators in developing energized staff meetings, school improvement initiatives, multiage teaching strategies, employee supervision, and other teaching and learning content areas. In addition to this book, Sheila co-authored the best-selling Energizing Staff Meetings and Creative Strategies to Improve School Climate. through Corwin Press.