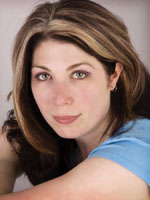 Shona Anderson has been an educator since 1996. Her work as both an English teacher and a French teacher led her to administration in 2003 for the Bluewater District School Board. Anderson is also a part-time faculty member of the University of Western Ontario. She started her teaching career with the Upper Grand District School board as a core French teacher. She began taking Additional Qualifications courses and holds a double specialization in the teaching of French as a Second Language and Computers in the Classroom.

Anderson holds a B.A. in English from the University of Guelph and a Post Graduate Certificate in Education in secondary education from the University of Strathclyde in Glasgow, Scotland. She also completed her Masters of Education through Charles Sturt University in Australia, with a focus on Educational Research in the area of bullying. Her research was supported by the Ontario Principals Council and she has both written for their publication, the Register, and presented at their annual Odyssey conference. Anderson has also published an action manual for administrators called Creating a Culture of Action for OPC.

No More Bystanders = No More Bullies