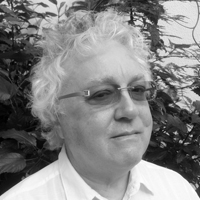 Born in Bradford, England, Stewart Clegg was Reader at Griffith University (1976-84), Professor at the University of New England (1985-9), Professor at the University of St. Andrews (1990-3), Foundation Professor at the University of Western Sydney, Macarthur, (1993-6) before moving to UTS. He is Research Director of CMOS (Centre for Management and Organisation Studies) Research at UTS, and holds a small number of Visiting Professorships at prestigious European universities and research centres. He is one of the most published and cited authors in the top-tier journals in the Organization Studies field and the only Australian to be recognised a by a multi-method ranking, as one of the world’s top-200 “Management Guru’s” in What's the Big Idea? Creating and Capitalizing on the Best New Management Thinking by Thomas H. Davenport, Laurence Prusak, and H. James Wilson (2003), Harvard: Harvard Business Review Press. Because the central focus of his theoretical work has always been on power relations he has been able to write on many diverse and ubiquitous topics – because power relations are everywhere! He is the author of two widely used textbooks on Management & Organizations: An Introduction to Theory and Practice (with Martin Kornberger andTyrone Pitsis) and Strategy: Theory and Practice (with Chris Carter, Martin Kornberger and Jochen Schweitzer), both published by Sage. He is also the chief editor of the Handbook of Organization Studies (with Cynthia Hardy, Walter F. Nord and Thomas B. Lawrence), Handbook of Power (with Mark Haugaard) and Handbook of Macro-Organizational Behaviour (with Cary Cooper), all published by Sage. In 2012 he will publish a book with Oxford University Press on The Virtues of Leadership: Contemporary Challenges for Global Managers (with Arménio Regio, and Miguel Pinha e Cunha), as well as a set of eight 'Major Works" on Power and Organizations and Political Power and Organizations, jointly edited with Mark Haugaard. Outside work he enjoys cultural pursuits, travel, and current affairs.