Uma Chakravarti is a feminist historian who taught at Miranda House, University of Delhi, from where she took early retirement in 1998. She has been associated with the women’s movement and the movement for democratic rights since the late seventies. She writes on Buddhism, early Indian history, the nineteenth century and on contemporary subjects. Among her films is Ek Inquilab Aur Aaya: Lucknow 1929–49. 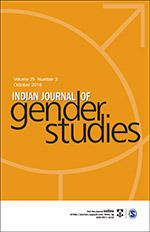