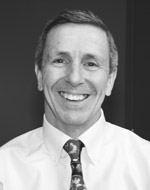 Warren Phillips has taught science for 35 years for the Plymouth Public Schools in Plymouth, Massachusetts. Phillips recorded and produced three CD’s of Science Songs entitled Sing-A-Long Science teaching the science standards. From these songs, he developed a musical entitled The Science Secret.

His creative teaching strategies earned him a Disney Award in 2004. From 39 Disney teachers nationwide, Warren was selected as the Disney Middle School Teacher of The Year. He was a guest on the Tony Danza Show in Fall 2004. In 2005, Phillips was selected as a contestant on Who Wants To Be A Millionaire. He was selected as national winner of the Time/Chevrolet Teacher of the Year in 2002 and the USA Today All-USA Teaching Team in 2006. Bridgewater State University featured him in a commercial in 2007.

His essay about teaching is featured in the NSTA monograph entitled Exemplary Science in Grades 5-8: Standards-Based Success Stories. He is co-author with Marcia Tate in a brain-based book about teaching strategies entitled Science Worksheets Don't Grow Dendrites. He is also a contributor to a collection of inspirational stories entitled Today I Made A Difference.

Currently, Phillips travels around the country doing keynote speeches and teacher professional development for Developing Minds,inc., Blue Ribbon Schools Of Excellence, etc. He is a contributing writer for the Prentice-Hall Science Explorer series and has written curriculum for Northeastern University’s Project SEED and the Plymouth Public Schools science curriculum. He’s also been a certified teacher for the National Board for Professional Teaching Standards (NBPTS). He received an Earthwatch fellowship to study elephant behavior at Tsavo East National Park in Kenya. Phillips has a B.A. in Earth Sciences, an M.A.T. in Teaching Physical Sciences and an M. ED. in Instructional Technology from Bridgewater State University in Bridgewater, Mass.

Warren was inducted into the National Teachers Hall of Fame in Emporia, Kansas in 2010. See his web page at: http://www.wphillips.com/