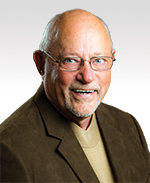 Bill Martin loves working inside schools to build positive learning environments for children. He has done this for 49 years. He taught in primary and middle schools for 17 years, was a secondary assistant and high school principal for 16 years. On two occasions he led large schools to win State and National Blue Ribbon awards for excellence. Since 2003 he has worked with over 180 schools across six countries to support efforts to create powerful learning cultures.

He has earned personal awards for educational leadership: in 1991 he was one of five finalists in the first National Secondary Principal of the Year competition sponsored by the NASSP and Metropolitan Life. In 1993 he was named one of ten Principals of Leadership by the National School Safety Center. In 2000 the Michigan State Legislature proclaimed a Special Tribute to Bill’s leadership as principal of Monroe High School.

He has presented invited addresses at International Conferences on Thinking in New Zealand, the U.K., USA, Australia, Sweden, Spain and Malaysia. He has been a keynote presenter at the International Conference on Ignorance. Bill has served on a United Nations team to make recommendations for the reform of secondary education in Kuwait. He has designed and facilitated long-term professional development programs to grow leadership capacity for the Tonsberg Kommune in Norway, and the Varberg and Kungsbacka Kommunes in Sweden. In Lexington Public Schools, Bill served as the Smaller Learning Community Technical Advisor for the district’s five high schools.

Bill can be reached at clcoalition@yahoo.com.