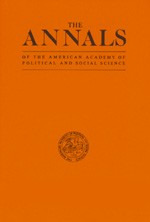 "The overall purpose of this volume is to present welfare reform in the context of a bigger set of political, economic, and policy shifts and to examine how it forces us to reconceptualize poverty and antipoverty policies as well as to rethink the possibilities and limits of the U.S. welfare state. Since those most affected by welfare are single mothers, communities of color, and poor families, we also consider welfare changes in light of how they both mask and reveal gender, race, and class relations in the United States. In short, we think that the arguments here make the case for ending welfare reform as we know it. They provide part of a vision for a more dependable and responsive state, assuming that that a democratic social movement must also be part of ending the economic and political bases for poverty."

There has always been a storm of controversy regarding welfare in America, and for that matter, on a global level. Who should qualify, under what guidelines, and how and in what form should compensation be delivered? This issue of The Annals takes a long, hard, and sometimes hypercritical look at the Personal Responsibility and Work Opportunity Reconciliation Act (PRWORA) and the present state of welfare in America. While not raising the banner for a return to the past, there is presented the postulation that the present welfare situation is inefficiently attending to people in need, particularly along gender and racial lines.

Under an ever widening gap between the haves and have-nots in the United States, and the world at large, many world governments are bent to define as an integral remedy, a globalized economy. That concept is taken at issue as seriously flawed and the authors attempt to dissect the more salient problems, in that poverty and any welfare system that supports it, or the lack thereof, is far more complex than can be solved merely by higher gross national product.

The many facets of poverty and its effect on class relationships, race, gender, families, single mothers, children and individual rights, are explored and examined to capture an expanding range of critical issues and provide scholarly and crucial commentary to the quality of human existence as well as the political and global necessities that demand a second opinion as to whether we as a country, and the world at large, are "doing the right thing" for people in crisis.