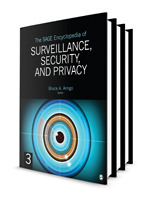 Although surveillance hit the headlines with revelations by Edward Snowden that the National Security Agency had been tracking phone calls worldwide, surveillance of citizens by their governments actually has been conducted for centuries. Only now, with the advent of modern technologies, it has exponentially evolved so that today you can barely step out your door without being watched or recorded in some way. In addition to the political and security surveillance unveiled by the Snowden revelations, think about corporate surveillance: each swipe of your ID card to enter your office is recorded, not to mention your Internet activity. Or economic surveillance: what you buy online or with a credit card is recorded and your trip to the supermarket is videotaped. Drive through a tollbooth, and your license plate is recorded. Simply walk down a street and your image could be recorded again and again and again. Where does this begin and end?

In all levels of social structure, from the personal to the political to the economic to the judicial, The SAGE Encyclopedia of Surveillance, Security, and Privacy uncovers and explains how surveillance has come to be an integral part of how our contemporary society operates worldwide and how it impacts our security and privacy.

This three-volume set is an excellent resource for scholars or professionals. Both breadth and depth of information on surveillance, security, and privacy are available with the scope from historical backgrounds to very up-to-date facts. This set is encyclopedic in coverage of this essential topic, one that is becoming more important and relevant each day.
This comprehensive work about a very important subject is highly recommended for academic libraries and independent scholars or professionals in the field.