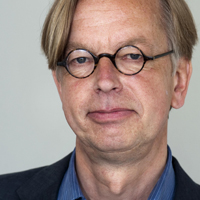 Peter Hupe Visiting Professor at the Catholic University of Leuven

Peter Hupe is Visiting Professor at the Public Governance Institute, KU Leuven, Belgium. He is also Honorary Senior Research Fellow at the School of Social Policy, University of Birmingham, UK. While teaching Public Administration at Erasmus University Rotterdam, the Netherlands, he had academic affiliations in Leiden, Leuven, London, Oxford and Potsdam. The major part of his research regards the theoretical-empirical study of policy processes, particularly implementation and street-level bureaucracy. He discovered the relevance of the latter during an earlier career as a policymaker in the Dutch national civil service. Publishing regularly in journals like Public Administration, Public Policy and Administration and Public Management Review, in 2019 he composed the Research Handbook of Street-Level Bureaucracy: The Ground Floor of Government in Context. With Tony Evans he edited Discretion and the Quest for Controlled Freedom (2020).