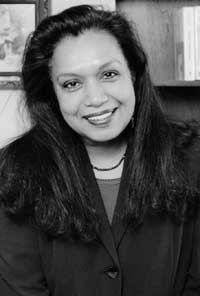 Gargi Roysircar received her doctorate in educational psychology with emphasis in counseling psychology at Texas Tech University. She is the Founding Director of the Antioch Multicultural Center for Research and Practice at Antioch University New England and Professor of Clinical Psychology. She conducts research on disaster outreach in international settings, the effects of acculturation and enculturation on immigrant mental health, multicultural competencies in practice and assessment, and training graduate students in culturally informed practice. She has authored over 100 journal articles and chapters on these topics, with her most recent publications in Traumatology, Counselling Psychology Quarterly, Professional Psychology: Research and Practice, The Journal of Black Psychology, Journal of Muslim Mental Health, Journal of Career Development, and The Oxford Handbook of Social Class in Counseling.

Dr. Roysircar has participated in mental health counseling in earthquake-destroyed Haiti, tsunami-affected fishing communities in Southern India; Hurricanes Katrina and Rita-affected communities and first responders in the United States Gulf Coast; and in Southern African orphanages that serve HIV/AIDS-infected and affected children and women. She has provided psychoeducation in flood-ravaged Villahermosa, Tabasco, Mexico. Dr. Roysircar trains her counseling teams in disaster trauma, culture-centered skills specific to a community disaster, and in clinician self-care and resilience. She is a grantee of the American Psychological Foundation for her research on her disaster mental health assessment and services.